'Tis the season for hot days, hot dogs and patriotic parties. Find the perfect community event for you and your family to celebrate Independence Day in your new Atlanta area neighborhood.

On July 4, the City of Acworth is hosting an Independence Day celebration at Cauble Park. The celebration features food, drinks and live music from the T James Band starting at 4 p.m. At dark, watch the rocket's red glare over Lake Acworth.  Learn More > 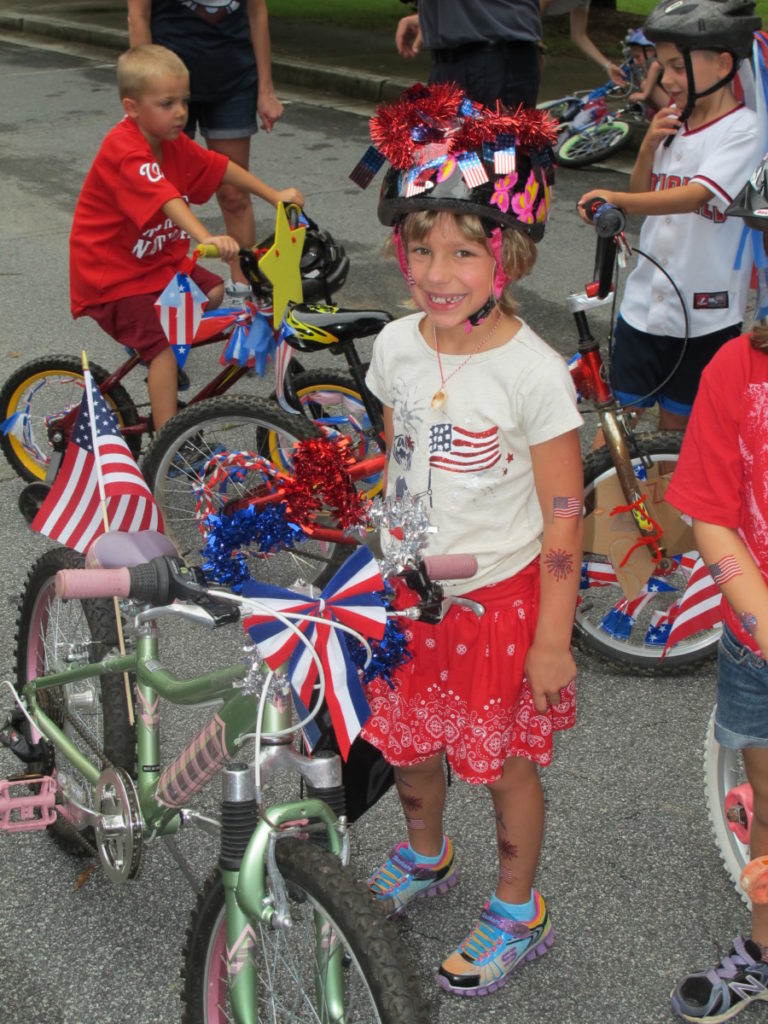 Alpharetta Recreation and Parks will host an evening of entertainment from 6-10 p.m. with inflatables, face painting and balloon animals sponsored by Alpharetta Golden Age Club. There will be food vendors and music from the Alpharetta City Band; fireworks begin at dusk. Learn More >

This festival includes a bike parade, train rides, a cornhole tournament and of course, fireworks. From 5-10 p.m., local favorites like The Mad Italian, Frosty Caboose and other food trucks will be on site. Learn More>

The city of Douglasville will be hosting a parade at 10 a.m. and a carnival with food, music and entertainment from 11 a.m. - 2 p.m. Fireworks will begin at sundown and may be viewed from the Arbor Place Mall front parking lot. Learn More >

Celebrate Independence Day on July 3 with a fabulous firework display, rockin' bands and activities for all to enjoy. Food trucks, children's activities, giveaways and more will bring the fun on Duluth's Town Green from 6-11 p.m. Learn More > 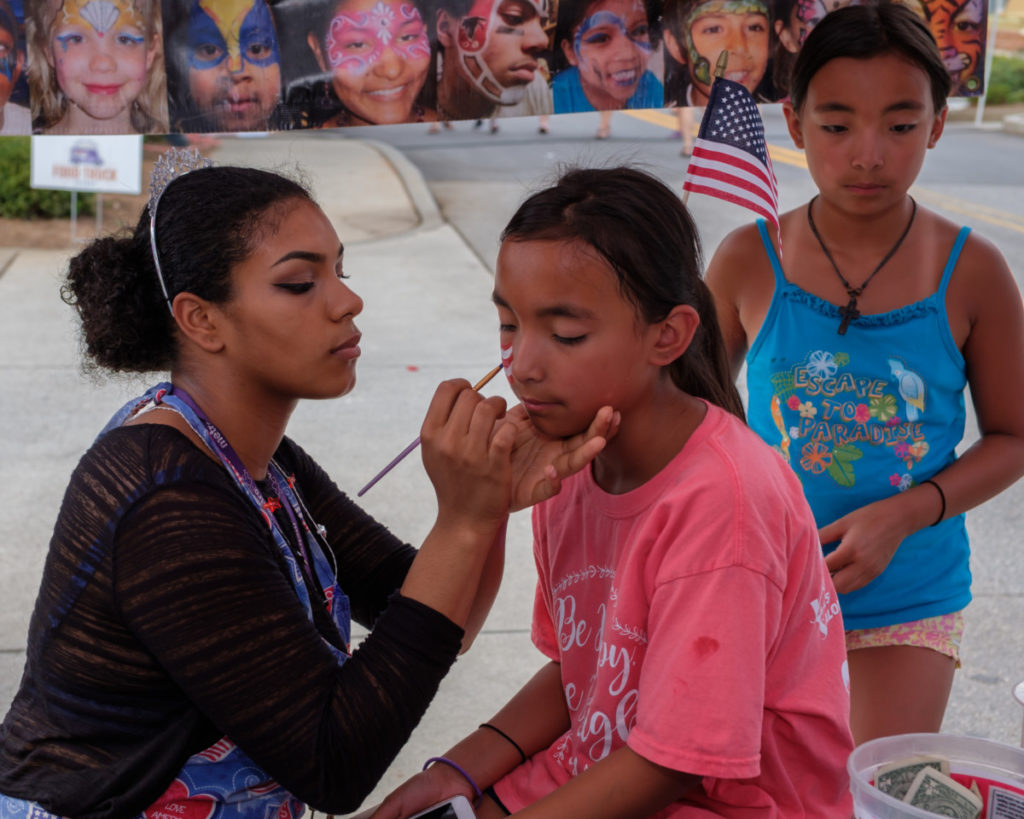 This year’s Red, White and Blue Fourth of July Hometown Celebration will include musical performances, a vendor market, food court and fireworks show set to a thrilling musical score. The Summer Kids’ Zone will be open from July 1-4 with inflatables and games. Fireworks will begin at 9 p.m. Learn More >

The Pride of Paulding Red, White and BOOM Fireworks and Expo will begin at 4 p.m. in Olde Town Hiram, with fireworks starting at 9:30 p.m. Admission is free for this day packed with plans for family fun, live music, games and exhibitors and food. Learn More >

Have fun in the sun at Clayton County International Park all weekend long at "The Beach" from July 2-4. Splash around in the water, zip down the slides and have fun in the kids area. Live performances take place throughout the day and fireworks start at dusk. Learn More > 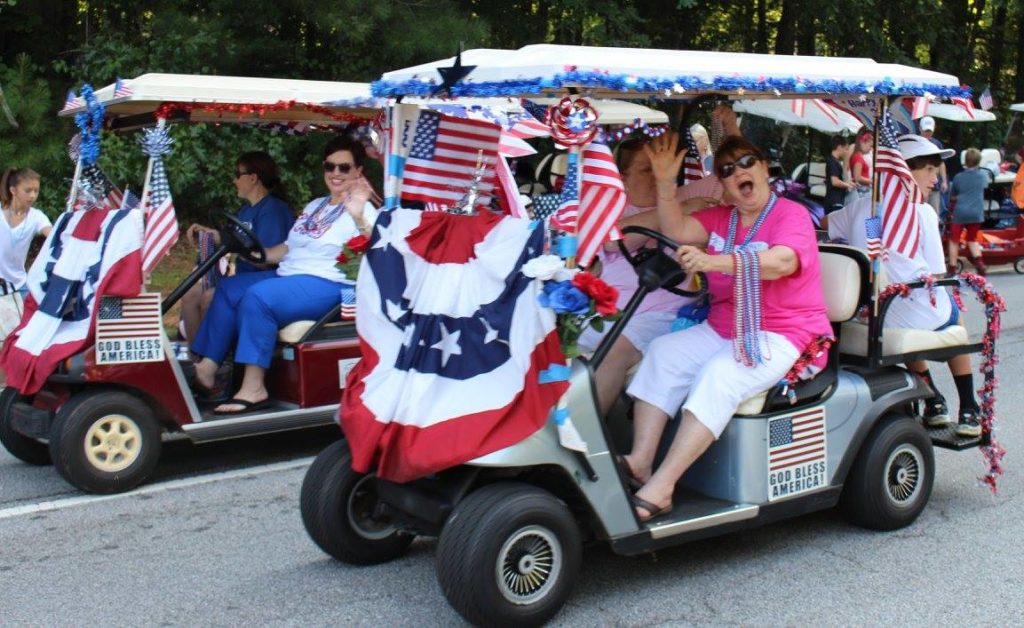 Watch as the city famed for its golf carts parades its pride and joy in a parade beginning at 9 a.m. on Peachtree Parkway South. 4th Fest takes over City Hall Plaza from 5- 9 p.m. with live music, face painting, caricatures, inflatables, a photo booth and more. Fireworks over Lake Peachtree begin at dusk. Learn More>

The Park at City Center

The festivities kick off with the annual Woodstock Freedom Run at 7:30 a.m., followed by a parade at 10 a.m. beginning and ending at Woodstock Elementary School. The festival will continue at The Park at City Center with food, games, arts and crafts and live music until 3 p.m. Fireworks are at dusk behind the Target shopping center. Learn More >