Where to Eat in Atlanta on New Year's Day

The first day of January is way more than just a new calendar year. For college football fans, it means dedicating a whole day to watching bowl games, and for late night revelers, it means sleeping in late to recover from New Year's Eve festivities.

Regardless of your plans for New Year's Day, make sure you stay fueled to take on everything 2018 has to offer. These brunch, lunch and dinner options at top restaurants around Atlanta are sure to feed your inner foodie. 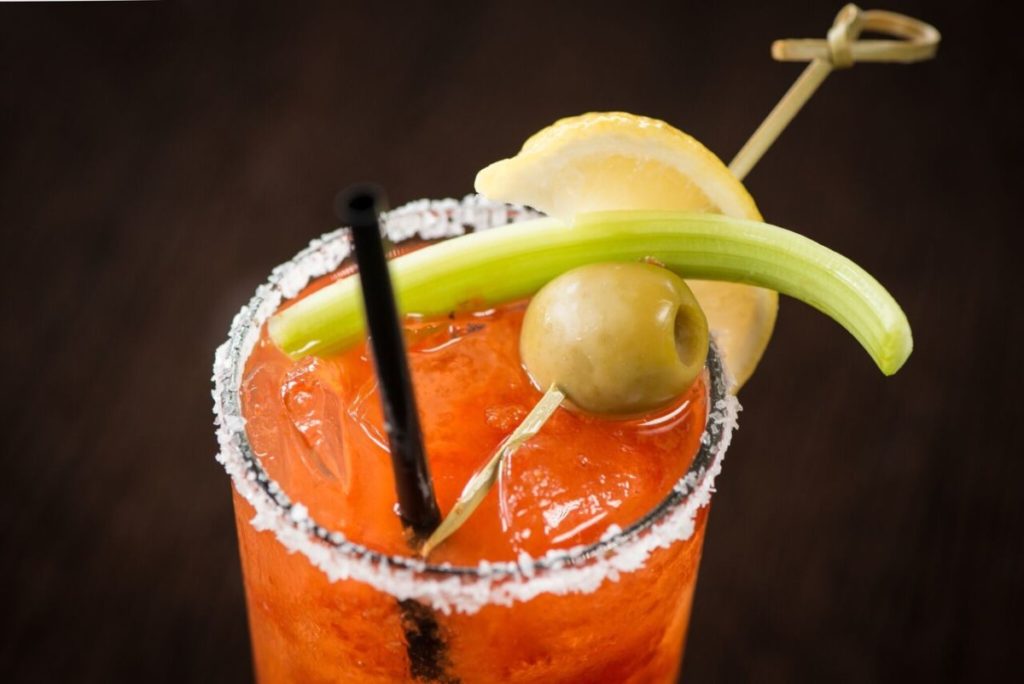 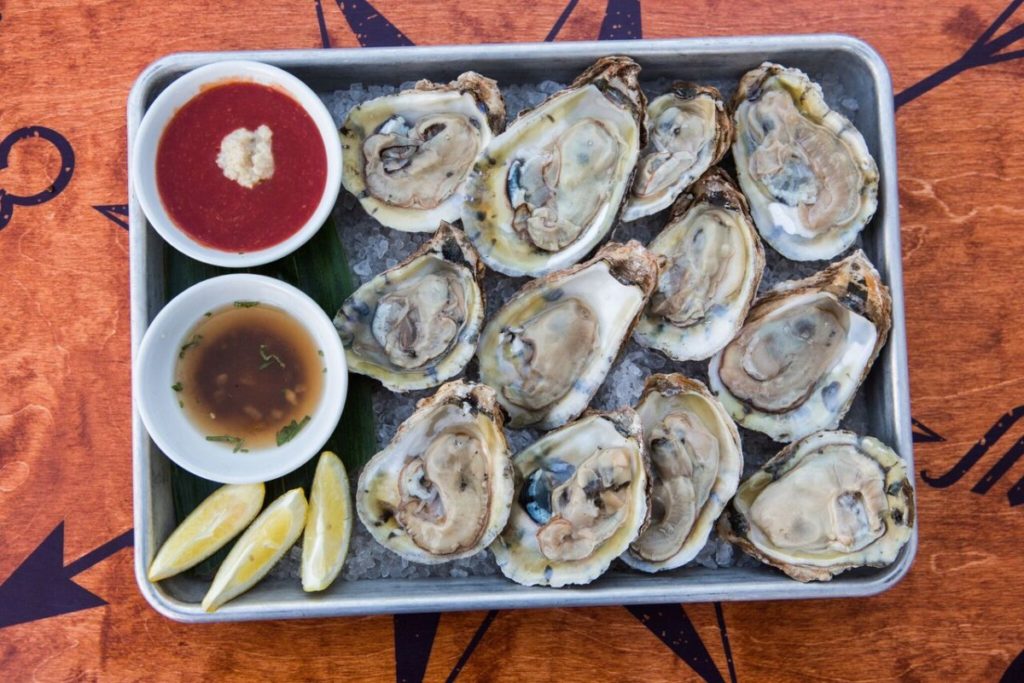 Park Tavern in Piedmont Park
Head to the heart of Midtown around 11:30 a.m. for a special New Year’s Day Party in the Park. Sit in the covered patio surrounded by stone fire pits and TVs to watch all the big games as you make the most of Park Tavern’s “Hangover Helper Bloody Mary Bar” and classic foods like wings, burgers, chicken baskets and a fresh oyster bar.
parktavern.com 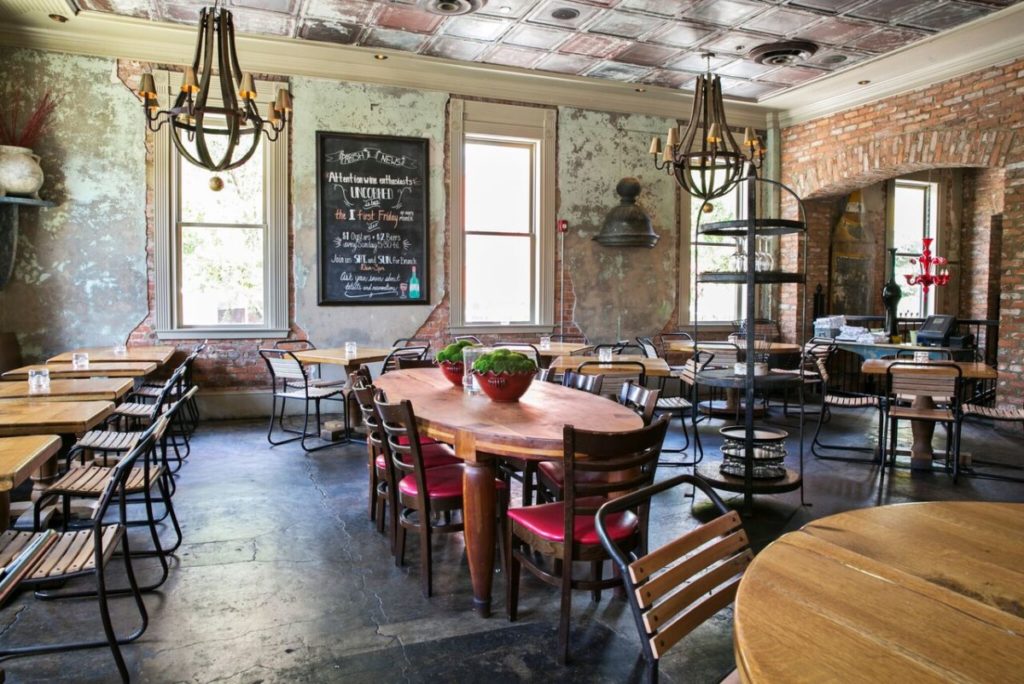 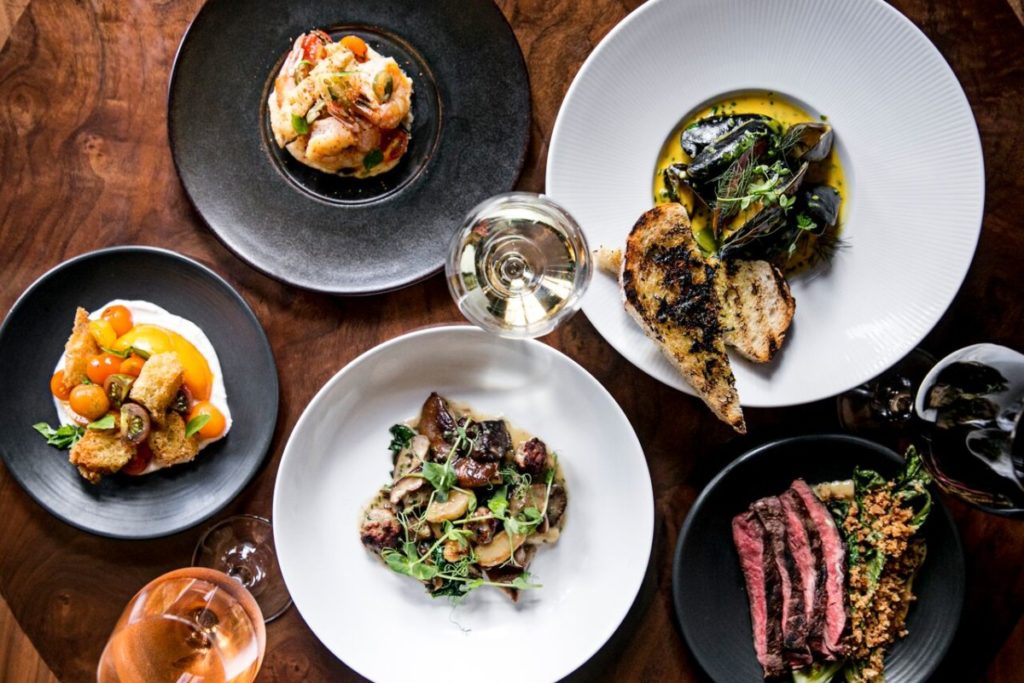 The Tavern at Atlas and Atlas at the St. Regis Atlanta
End the first day of 2018 with a fine dining experience, led by Executive Chef Christopher Grossman. Drink hand-shaken cocktails and try upscale small plates at the Tavern or enjoy land and sea courses paired with a diverse selection of wines.
atlasrestaurant.com 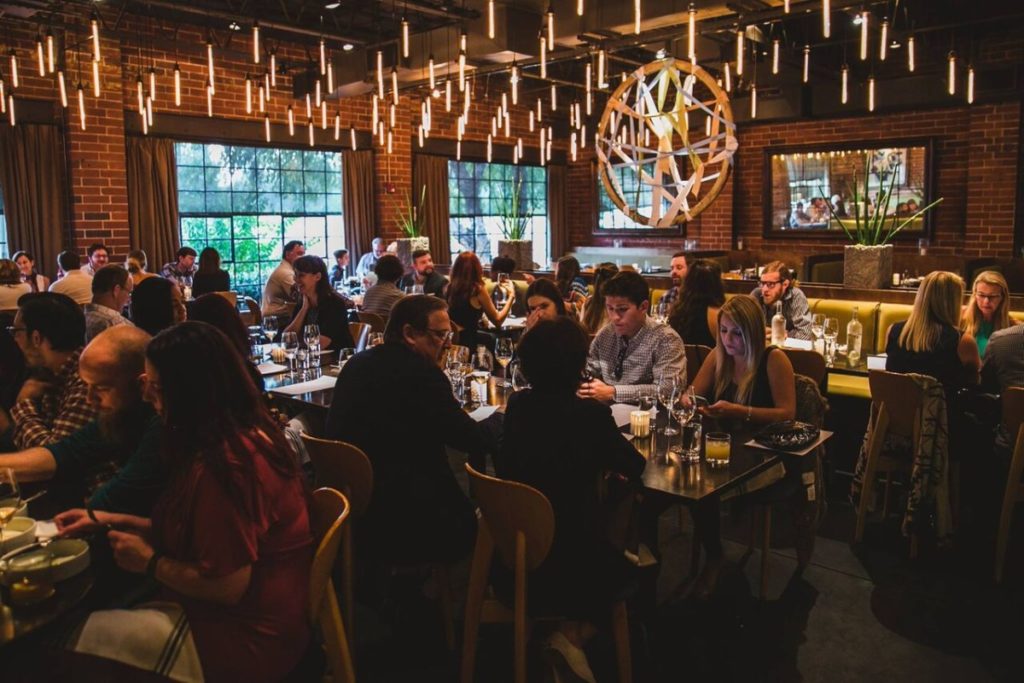 Photo by ONE. midtown kitchen[/caption] 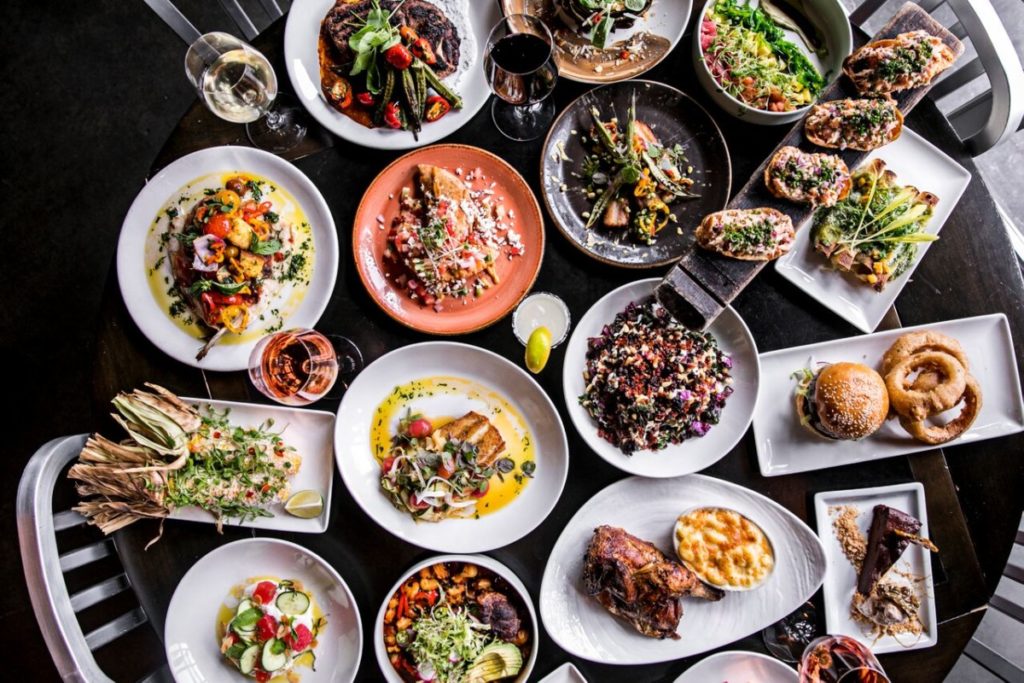 See the country’s first wine on tap barrel wall at TWO urban licks, where rotisserie and wood-fired cuisines dominate the menu. Try small plates like salmon chips or mussels served with cider and apples before ordering entrees like lamb steak or branzino. TWO urban licks is open from 4 to 10 p.m. on New Year’s Day.
twourbanlicks.com 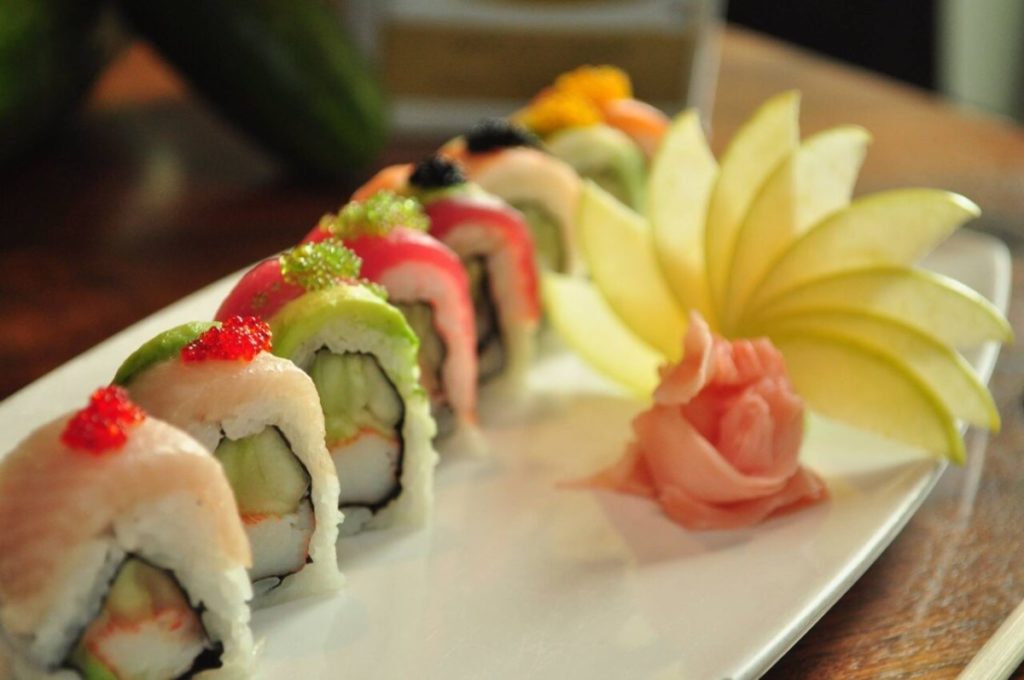 Room at the TWELVE Centennial Park Hotel
Downtown dining reaches a new bar at Room, a restaurant on the ground floor of TWELVE Centennial Park. Open from breakfast to 10 p.m. on New Year’s Day, stop by to check out Executive Chef Juan Carlos Huerta’s menu, where there’s room for everything: from omelets and wraps to pork chops and sea scallops. Don’t miss select sushi rolls at $4 from 5:30 p.m. to 7:30 p.m.
roomattwelve.com 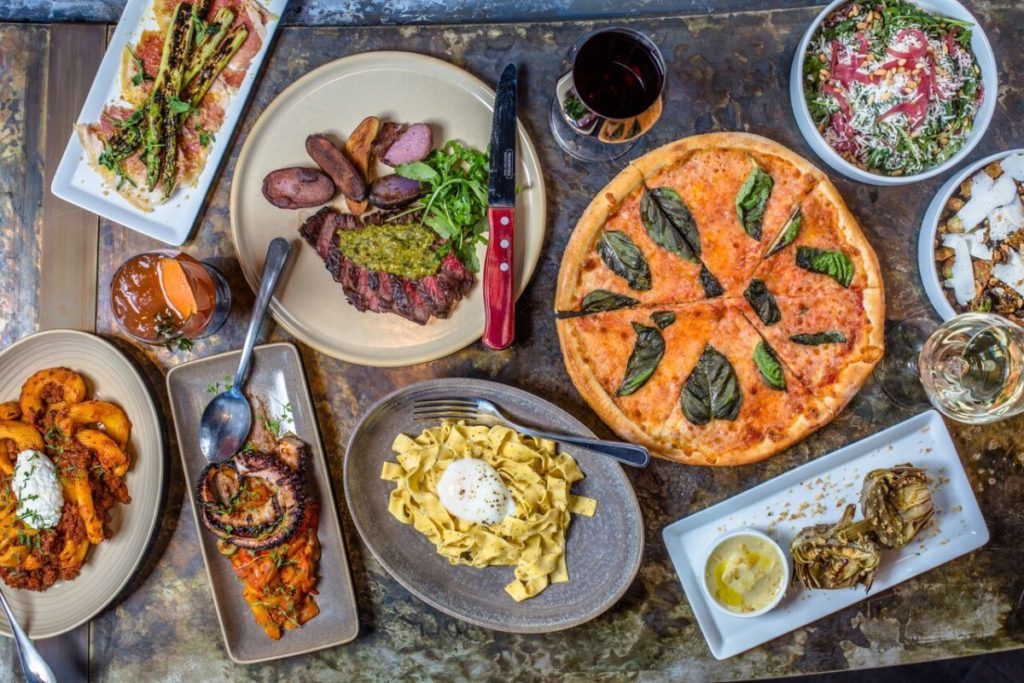 Allora at TWELVE Midtown Hotel
Kick off the new year with incredible Italian cuisine at Allora, open from 6:30 a.m. to 11 p.m. so you can celebrate National Bloody Mary Day all day. Executive Chef Chris Maher created a menu of house-made pasta and pizza to complement land and sea favorites like grilled swordfish, cauliflower soup and charred octopus. Breakfast specials include pancakes and shrimp and grits while brunch and lunch feature pizzas, burgers and salads.
alloraatl.com