Luxury meets comfort in Larkspur, a new neighborhood built by Edward Andrews Homes. With miles of nature trails, a stunning clubhouse and home prices ranging from the low $400s, this Alpharetta neighborhood should definitely be on your radar. 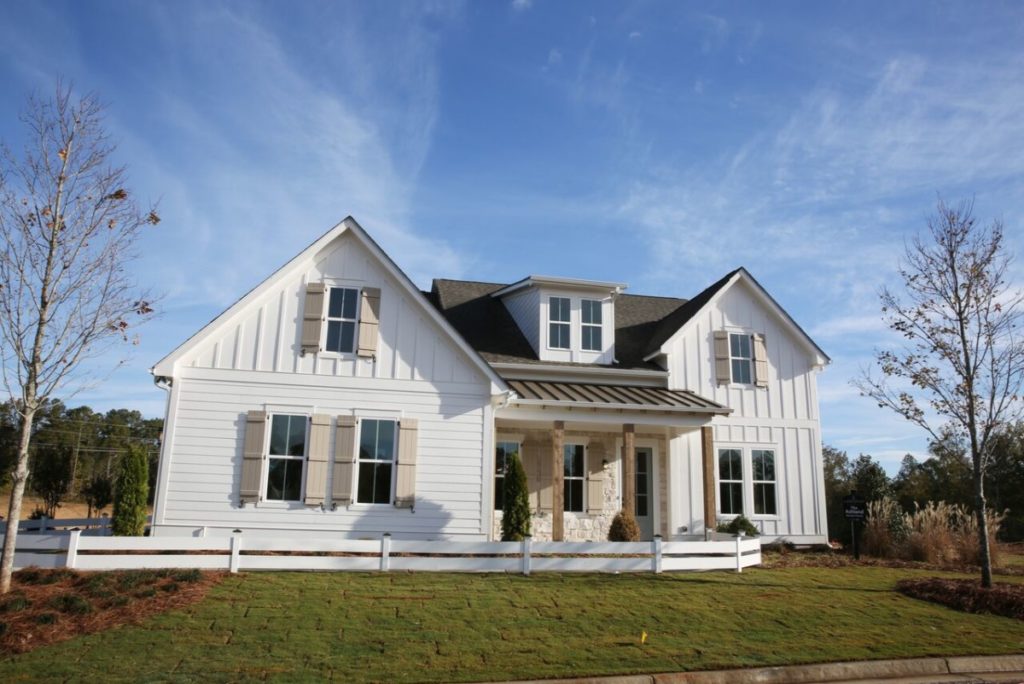 The Ashland model of the California-style ranch homes in Alpharetta's newest neighborhood.[/caption]

Homes in Larkspur are a fabulous combination of rustic ranches with modern finishes, complete with shiplap, accent walls and copious storage spaces that even Chip and Joanna Gaines would be envious of. Wooden columns, exposed beams and recessed lighting to give the room a relaxed feel to make these homes stand out, and that’s just the beginning. 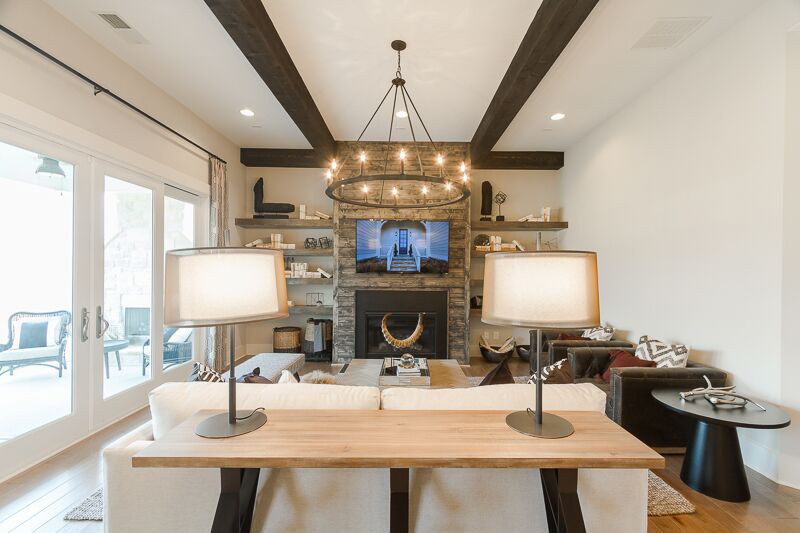 Fido stuck in the creek out back? There’s a dog shower beside the mudroom. Need to be active on a slow weekend? Try the pickle ball courts, swimming pool or playing bocce ball. Hosting friends over for a festive get-together? Gather round the community fireplace in the fall. Grilling with family in the summertime? Pick some fresh tomatoes from the vegetable garden for dinner. 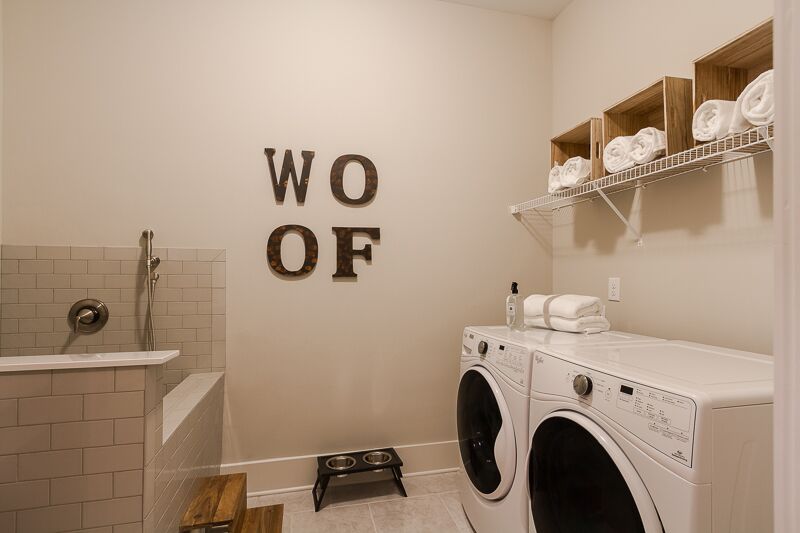 Dog shower in the laundry room of the Ashland home in Larkspur.[/caption]

The community surrounding Larkspur will have everything you need, but if not there is an unending supply of shopping at nearby North Point Mall, dining in quaint downtown Alpharetta and entertainment at the Verizon Wireless Amphitheatre. Hop on GA 400 and you are only 45 minutes from Downtown Atlanta. Much closer is the incredible surrounding Creekview High school district and Mount Pisgah Christian School. 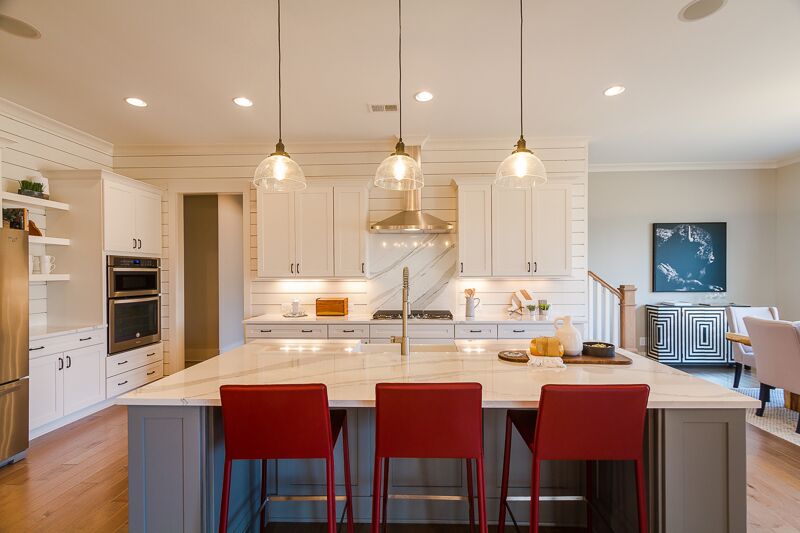 Larkspur houses have two to three bedrooms awaiting behind charming front doors covered by columned porches. Several of these are move-in ready, and for the month of Jan. 2018, you can pocket up to $20,000 in savings on select homes. 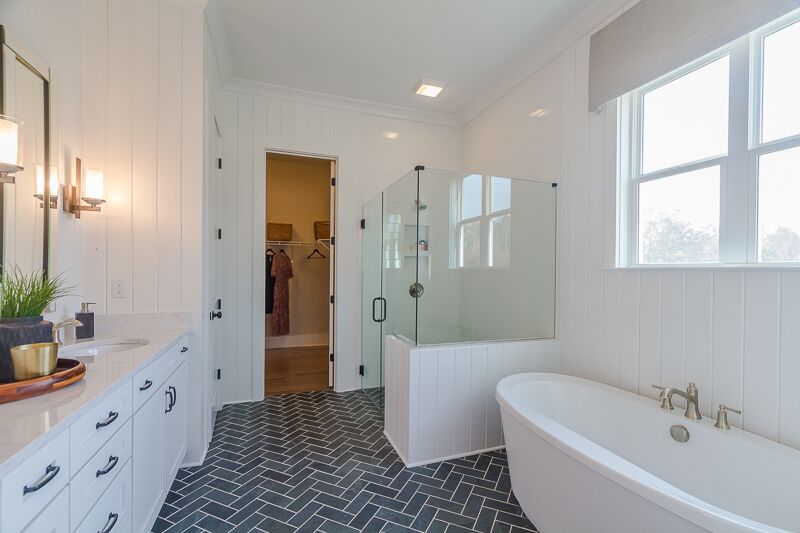 Pristine bathrooms make moving in to a new Larkspur home an easy choice.[/caption]

If the stunning houses, outstanding amenities and unbeatable prices aren’t enough to lure you in, explore the model home on Edward Andrews Homes’ website or schedule a tour. Create the life you’ve always wanted that is plugged in to Atlanta life yet can easily get off the grid at Larkspur, a new community by Edward Andrews Homes. 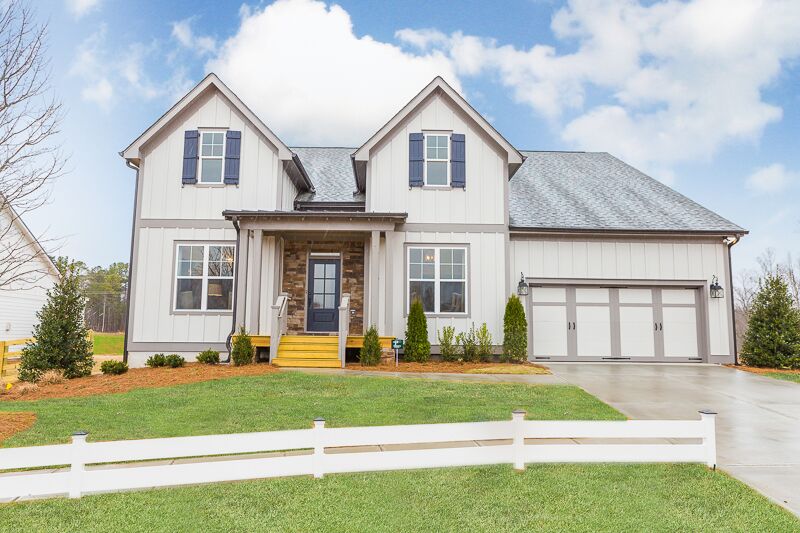 The Alexander model in Larkspur.[/caption]