Hollywood dreams no longer have to come with a California price tag.

MovieMaker Magazine, which bills itself as the nation’s leading resource on the art and business of making movies and the world’s most widely read independent film magazine, has ranked the top 10 cities for moviemakers to chase their filmmaking ambitions.

Atlanta came out on top most notably due to Georgia's healthy tax incentive program, which helped skyrocket the city to the No. 1 spot from sixth place in 2016. In 2017, Atlanta fell down to No. 4 behind cities like New York, New York and Vancouver, British Columbia, but the Peach City has no shortage of blockbuster films.

The metro areas of the city are home to studios like Pinewood Atlanta Studios in Fayetteville and Atlanta Metro Studios in Union City and draws in many relocators each year. The Motion Picture Association of America claims the film industry provides Georgia residents with nearly 80,000 jobs and $4 billion in total wages. 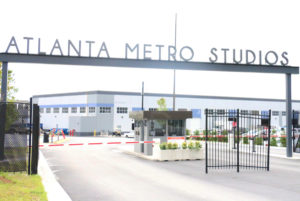 According to MovieMaker's website, the list was compiled based on a range of factors, including the year's film production statistics like total dollars generated and number of productions; the number of film schools, festivals, independent theaters and film organizations; as well as access to equipment and facilities, tax incentives, cost of living, and general considerations like overall lifestyle, weather and transportation.

In recent years Georgia has quietly become home to one of the biggest film industries in the U.S., ranking third in production levels amongst states. Between the support personnel, infrastructure and increasing workforce development, Atlanta has been steadily securing a stable and exciting future in the feature film world. The state’s tax incentive program offers, effectively, 30 percent transferable credit (20 plus 10 if you use the state’s logo in your credits) for qualifying productions, which contributed $6 billion generated to the state last year. There’s no cap or sunset clause.

A 2017 study by FilmL.A., a not-for-profit film office in the Los Angeles area, surveyed 100 films to find that 17 of those movies were shot in Georgia, making the Peach State the No. 1 filming location in the world in addition to being a great place for moviemakers to grow their roots. The United Kingdom took second place in FilmL.A.'s study, with 16 projects, while California took fourth place with only 12 films.

From major motion pictures to a growing independent film scene, MovieMaker says many movie industry professionals might never have to, or even want to, leave Atlanta.