Georgia among safest states for drivers during bad weather

While wintry road conditions make getting behind the road a risky move wherever you live in the U.S., Georgians are among the safest behind the wheel, according to a new report.

According to new data analyzed by safety solutions website SafeWise, despite seeing more frequent and heavier snowfall this winter compared to recent years, Georgia drivers are still among the safest nationwide while driving in winter weather.

The safety solutions site analyzed the number of fatal car crashes due to snow in each state using the National Highway Traffic Safety Administration's (NHTSA) 2016 crash data. From there, it calculated the likelihood of inclement weather accidents occurring per 100,000 people in each state. 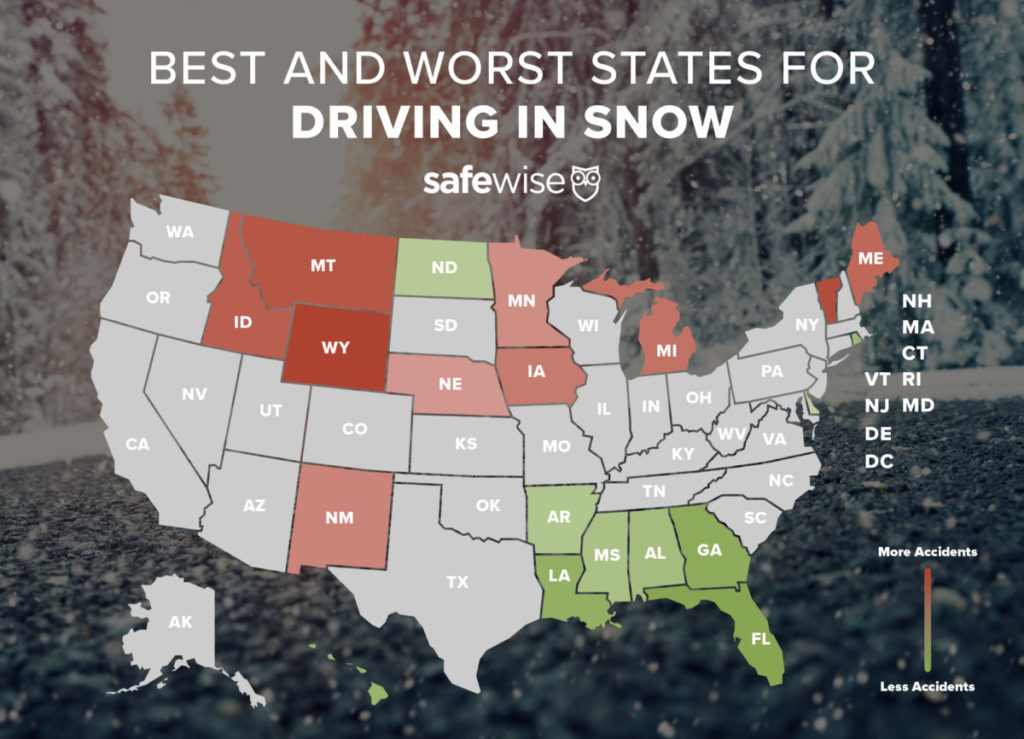 Georgia is among the safest states to drive in during snow, according to SafeWise.[/caption]

According to the NHTSA, Georgia in 2016 saw 11 fatalities and 25 injuries due to hazardous weather. But none of these were due to car crashes. SafeWise notes, "For snow, the safest states are Florida, Georgia, Louisiana, Hawaii and Rhode Island—where there were zero rain- or snow-related crashes in 2016. Although most of those states see nary a snowflake, Rhode Island logs an average of 33 inches of the fluffy stuff every year."

Nationwide, floods and tornadoes were responsible for a combined 144 weather-related fatalities in 2016. That same year, more than 2,800 lives were lost due to snow and rain on American roads.

With recent winter weather storms pummeling the East Coast, the site urges drivers to prepare before getting on the roads in winter conditions. SafeWise suggests a few simple precautions: