When French carmaker Groupe PSA chose Atlanta to be the location of its first North American headquarters, the company joined the ranks of brands like Porsche and Mercedes-Benz, which also call the Peach City home.

The maker of cars like Opel, Vauxhall, Peugeot, Citroën and DS, Groupe PSA chose Atlanta as its home base for good reason: the State of Georgia as a whole supports an automobile industry of more than 320 facilities and over 27,800 employees.

On Tuesday, January 23, Governor Nathan Deal announced that the Parisian company would move to Fulton County and expressed his welcome. “Groupe PSA joins a growing family of innovative automotive manufacturers and suppliers operating here in Georgia," he said. "This announcement is a great win for our state and yet another testament to the strength of our business environment and infrastructure.”

According to Dr. Eloisa Klementich, president and CEO of Invest Atlanta, Groupe PSA is the twentieth major company to announce either the relocation of its headquarters to Atlanta or a significant expansion to the city since 2010, employing a total of almost 11,000 Georgians.

Groupe PSA currently has more than 200,000 worldwide employees who maintain the annual selling of over 3.6 million cars and motorcycles. With a yearly revenue of more than $60 billion, the company is ranked as the second-largest carmaker in Europe. It has plans to move into India, Canada and Southeast Asia over the next several years, and Atlanta offers easy access to those locations from Hartsfield-Jackson Atlanta International Airport, one of the world’s largest international airports. 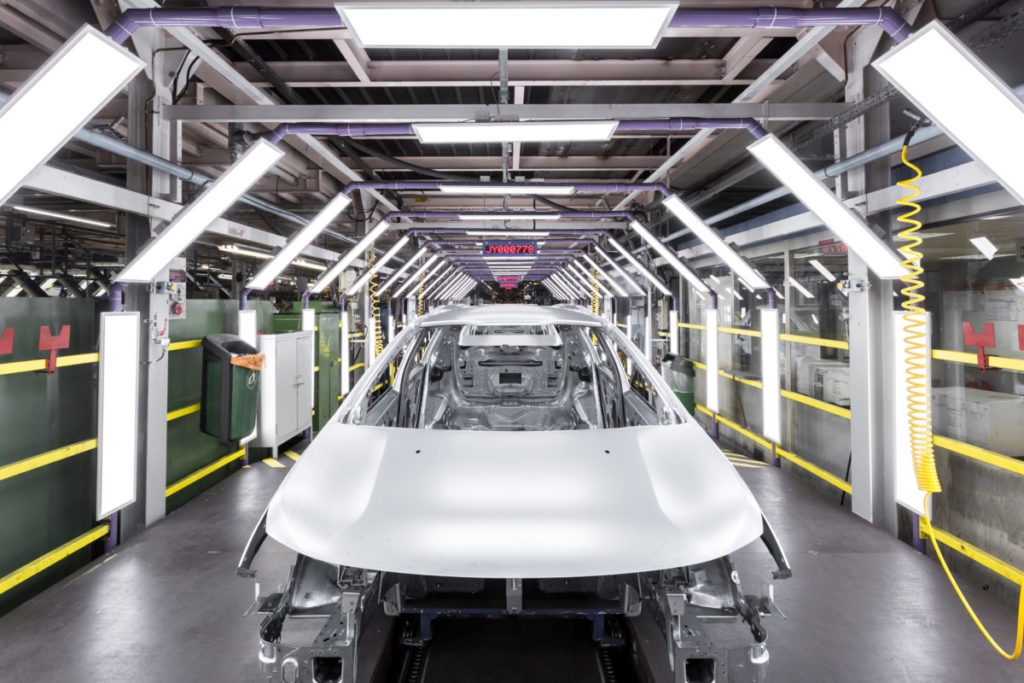 Larry Dominique, President of PSA North America, revealed that the company found Atlanta to be a “most suitable location” after looking at all aspects of the city. “While the overall business environment, standard of living and university system played an important part in our decision, our unique needs in terms of technology, mobility innovation and car culture ultimately identified Atlanta as our perfect choice,” he noted.

Planting Groupe PSA’s headquarters in Atlanta is just the latest step in the company’s 10-year plan for its role in the North American auto market. Part of the plan also includes Free2Move, a mobility app that launched last fall, which supplies customers with car, scooter and bike sharing opportunities, locking in PSA as one of the world’s top mobility providers. By 2020, vehicles that comply with U.S. regulations will be available for purchase in America.

Groupe PSA is not the only company that has plans to open a brand new facility in Atlanta.

Automotive giant Mercedes-Benz, based in Germany, is scheduled to open the doors to its permanent home in metro Atlanta in March. The company’s North American headquarters moved from New Jersey in 2015 to a temporary location in Dunwoody, right outside the I-285 Perimeter, until its new facility in nearby Sandy Springs is complete. Upon completion, approximately 1,000 employees will move into the new 12-acre building, which will focus more on sales and marketing than on manufacturing the company's luxury vehicles.

Additionally, German automaker Porsche has its North American headquarters in Atlanta. Though it has called the city home for 20 years, it moved from its location in Sandy Springs to a $100 million facility in Aerotropolis, or the area surrounding Hartsfield-Jackson Atlanta International Airport, in 2013. The company brought nearly 100 new jobs to the city and employs a total of 450 people. Porsche also plays a key role in Georgia’s tourism industry with nearly 30,000 annual visitors of all ages making their way to the Porsche Experience Center Atlanta, where they can tour a classic car gallery, learn about the brand’s history, take part in a driving simulation lab, customize a virtual car, dine at Restaurant 356 or the Carrera Café and more. Guests aged 21 and up can participate in the Porsche Driving Experience, which allows visitors to get behind the wheel of a Porsche for 90 minutes on a 1.6-mile test track adjacent to the Porsche headquarters.

By bringing their headquarters to Atlanta, these three companies are helping cement the city's reputation as a powerhouse in the automotive industry. For more information about the state’s automotive ecosystem, visit georgia.org/industries.