A small blanket tied around a woman's neck billows in the wind as she pushes a shopping cart through the parking lot.

Two employees discuss a business meeting in the lobby with jackets draped across their back.

A child in a wheelchair grins from a hospital hallway as a silk cape is fastened around his neck before he heads into another surgery. 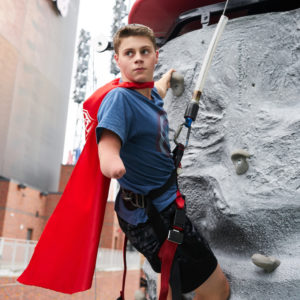 The occasion is not Halloween, it's Cape Day.

Children’s Healthcare of Atlanta, or CHOA, is hosting its fourth-annual Cape Day event on Oct. 20. Inspired by four-year-old D.J. Pitts, Cape Day is a time when Atlanta’s strongest heroes aren’t just patients in a hospital, but champions over illness and pain. The community is asked to join in by sponsoring a cape for a child, purchasing a cape for yourself or your family, or wearing a cape to raise awareness.

Schools, businesses and offices all take part in Cape Day by hosting fundraisers, offering discounts to those in capes or showing support in a #CapeDayATL photograph online. Capes cost $20 each and all proceeds go to funding at CHOA.

Here at New South Publishing and KNOWAtlanta Relocation Guide, we want to show the kids at Children’s that we trust them to defeat the world’s greatest enemies – unthinkable illness. So we took our #CapeDayATL picture with all of our participating friends at the office to support Atlanta’s ultimate heroes! 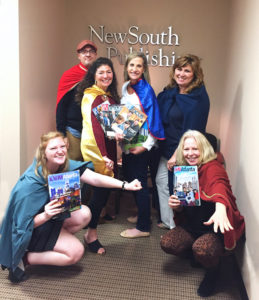 Some people see superheroes as comic-book characters when sometimes it's really a child fighting a disease or injury in a hospital day after day. Support CHOA by donning a cape of your own today.