About AtlantaAtlanta BasicsFeaturesJobsWorking in Atlanta

According to economists, Atlanta’s recent job growth and projected future job growth are out-pacing the U.S. economy as a whole. And according to the Atlanta Regional Commission, the city had its strongest year of population growth in 2016 since the Great Recession. Furthermore, the U.S. Bureau of Economic Analysis reports that Atlanta earned the second-highest “boom rate” among big-city economies in 2016. Of the country’s 10 largest metro economies, only San Francisco bested Atlanta in 2016 in terms of growth, according to the organization. Atlanta’s information technology sector led the way by contributing almost a full percentage point to total GDP growth. Other hot job sectors included insurance, finance, and real estate, in addition to the region’s growing utilities, transportation, professional and business services fields. Last year, the area’s economic boom continued its upward trajectory.

Data from a November 2017 LinkedIn Workforce Report on Atlanta shows that job seekers reported a 23.9-percent increase in hiring on LinkedIn between October 2016 and October 2017. In the same report, the top job skills for the Atlanta market include IT infrastructure and system management, sales, computer network and network administration, management consulting, aviation, and accounting, among other skills. To get a clearer picture of the year that was — and a glimpse into what 2018 may hold for Atlanta’s economy — KNOWAtlanta spoke with the Metro Atlanta Chamber (MAC), Partnership Gwinnett, and other local experts.

“We’ve been doing fairly well over the last few years,” says Thomas Cunningham, chief economist with MAC. “We accelerated fairly noticeably, starting in the earlier part of this decade, and over the last few years, we’ve been adding … on the order of 70,000 to 80,000 jobs year over year. There’s not a lot of reason to think that’s going to change dramatically going forward.”

Cunningham, who joined MAC in July 2015 following a 30-year career at the Federal Reserve Bank of Atlanta, says metro Atlanta has an attractive jobs market that rivals Boston, New York and Silicon Valley. “For a variety of reasons, we’ve been named the number-one state to do business in by the premier trade magazine for site selectors — Site Selection magazine,” he says. “We’ve been named number-one for a number of years in a row. We have just a low cost of doing business. We have low taxes. The costs of doing business — apart from government burdens — are low, too. As a consequence, it’s a relatively good place to locate.”

“[Georgia has] been named the number-one state to do business in by the premier trade magazine for site selectors — Site Selection magazine. We’ve been named number-one for a number of years in a row.” – Thomas Cunningham, Metro Atlanta Chamber Chief Economist

The publication to which Cunningham refers produces an annual business climate rankings report in which Georgia has come out on top for the past five years. According to Site Selection Editor In Chief Mark Arend, the magazine has been ranking state business climates for more than two decades. “Atlanta is hugely important to Georgia’s performance in our business climate ranking,” he says. “It is the economic engine of the state and of the Southeast. A big part of that is the national and global connectivity provided by Hartsfield-Jackson International Airport. That is a primary reason global companies like Mercedes-Benz and Porsche and others locate their U.S. headquarters in Atlanta. Other reasons include higher education resources like Georgia Tech and Emory, a diverse economy and a business-friendly environment. State and city government understand the importance of helping businesses grow and expand.”

The Metro Atlanta Chamber also recognizes the impact that metro Atlanta’s colleges and universities have on the local economy. “We have a large and growing tech community,” Cunningham says. “A lot of that is powered by Georgia Tech and our larger entrepreneurial sector. When you think about what has happened over the last few years — we’ve had a number of old-line industrial firms like NCR or GE or Honeywell that have located their digital innovation centers here in Atlanta. As you think about how these well-established industrial firms are repositioning themselves in terms of economy where digital innovation matters, their digital innovation centers are here around Tech Square.”

“One of the really under-appreciated things about the Atlanta metro area is we’ve got a quarter of a million college students here,” Cunningham continues. “So if you are a firm looking for new, graduating talent, we’re pretty good at providing it. And the city itself is becoming a much more attractive place for Millennials. Retaining recently produced talent is perhaps a little easier than it has been in the past. That makes it an attractive place for employers.”

The television and filmmaking industries are powering the metro Atlanta economy as well. For example, in Gwinnett County there are two movie studios — Atlanta Filmworks and Eagle Rock — which have helped produce hits such as AMC’s “Halt & Catch Fire,” the “Fast & Furious” franchise, “Captain America,” and FX’s “Atlanta.”

“Atlanta is hugely important to Georgia’s performance in our business climate ranking. It is the economic engine of the state and of the Southeast. A big part of that is the national and global connectivity provided by Hartsfield-Jackson International Airport.” – Site Selection Editor-in-Chief Mark Arend

“Just like every county in Georgia and every small town, we have [near-constant film productions], including in downtown Norcross, downtown Lawrenceville, [and] Suwanee. …It has been great for us,” says Partnership Gwinnett’s Chief Economic Development Officer Nick Masino. Partnership Gwinnett is a public-private initiative dedicated to bringing new jobs and capital investment to Gwinnett County. Masino has spearheaded the implementation efforts of the organization, which has brought approximately 250 company expansions or relocations, and more than $900 million in investment to the county.

Gwinnett County holds two of the top seven job bases for the state: The Peachtree Corners/Norcross area is the third-largest jobs cluster in the state, and the Sugarloaf/Duluth area is the seventh largest. Additionally, three Fortune 500 companies are headquartered in Gwinnett — AGCO, Asbury Automotive, and NCR — and about 50 Fortune 500 companies have a presence in the county. Masino says that what makes Gwinnett so attractive to employers is the area’s diversity.

Venture capital also plays a key role in metro Atlanta’s economic prosperity. According to an Oct. 24, 2017 report in the Atlanta Business Chronicle, venture capital investment in Atlanta for 2017 was expected to be the strongest since the height of the dot-com bubble. In fact, Georgia companies drew $731.78 million in venture funding in the third quarter of last year, compared with $160.54 million a year earlier, the article states. Two high-profile deals that closed out the year were small business lender Kabbage and access management technology firm Core Security — which, combined, raised $450 million in the quarter.

Looking ahead to 2018, Arend says Georgia’s economic success is sustainable if the state — particularly the next governor administration — can continue to offer companies the predictability and financial stability they have enjoyed the past several years. Cunningham would concur. He says Atlanta should continue to see growth. “Barring something bad happening [a major international event], it’s a little hard to see us getting wildly far away from what we’re doing right now,” he says. “We’ve been an attractive place for business relocation for a while. And I think that’s going to continue.”

How to Select the Right Atlanta Early ... 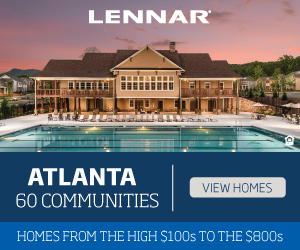 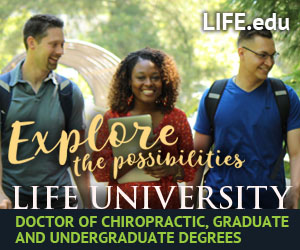 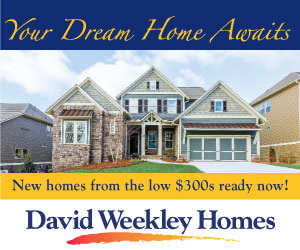