For those who may be relocating to metro Atlanta and are looking to live in a suburban area that has the amenities of a big city, Union City could be the answer. Established in 1908, this bustling community of about 25,000 is located 10 miles from Hartsfield-Jackson Atlanta International Airport and just a 25-minute drive from Atlanta. “We pride ourselves on being a progressive city, an innovative city. We definitely want to be the address of choice not only for residents, but for businesses as well,” said Ellis Still, the city’s community development director.

Located in the southern portion of Fulton County along the I-85 and State Route 138 corridors, Union City is nestled within a thriving region where large corporations want to be and residential real estate is in high demand.

The city’s effort to maintain economic development is an important part of strengthening the community by creating and retaining jobs, officials say. Some of Union City’s leading national firms include Newell Brands, General Electric, Costco, Caterpillar and Kraft Foods. Moreover, Amazon, Walmart and Procter & Gamble have set up e-commerce warehouse distribution facilities in Union City, and London-based clothing retailer ASOS announced earlier this year that it will be building a $40-million warehouse there. “The city offers a diverse workforce,” Still said. “That’s beneficial to any business moving here.”

In an August 2017 news release, ASOS VP of Logistics Brent Dorfman called Atlanta an ideal location for his brand. “ is a vibrant and growing international city with a diverse culture. We will use the region’s transportation network and deep pool of talent to deliver ASOS’ best-in-class service to U.S. customers.” 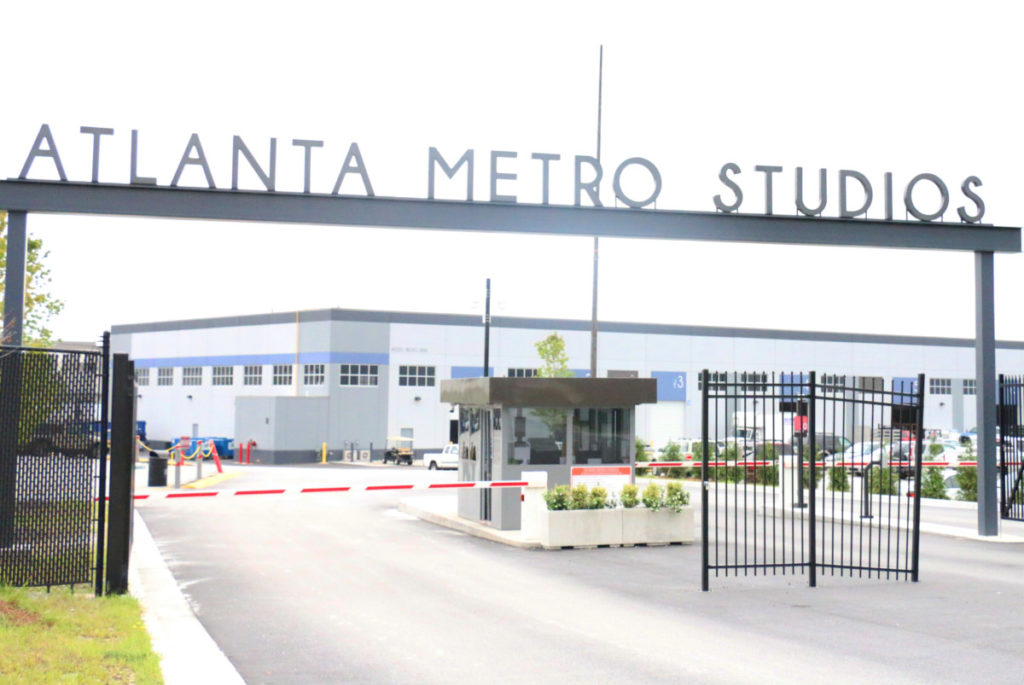 In addition to manufacturing and distribution, another industry that’s thriving in Union City is TV and film production. The town is home to Atlanta Metro Studios, which features the largest sound stage in North America. Still said the studio is doing quite well, taking on major film projects including the “Jumanji” reboot and “Pitch Perfect 3,” as well as the “24: Legacy” television series that aired on Fox. In fact, the studio is booked for the next four years, he said.

“One of the things that we learned from is that they have developed a network, and that’s what is making the film industry so strong here in Georgia,” Still said. “They’re open to sharing projects with other local studios.”

Along with establishing professional partnerships, Atlanta Metro Studios also has connected with the Fulton Schools College and Career Academy. Located in Union City, the academy is home to a new Career and Technical Education (CTE) program that opened August 2016. The areas of study offered include audio, video, technology and film and digital media and animation; culinary; construction; and aviation. “They have partnered with them to develop a film program and a scholarship program where the recipients go to Clayton State Film Academy,” Still said.

This year, 12 students were awarded scholarships to attend the academy. The students also are offered opportunities for internships at the studio. “They’re not just a business partner in Union City; they’re a community partner,” Still said of the studio.

Speaking of community, the city hosts a variety of community events throughout the year, from Community Health Day, to a Back-To-School Rally, to Movies By Moonlight. “We definitely have a variety of recreational activities for people to enjoy,” Still said. “Our parks and rec team is top-notch and offers a variety of different programs.”

Next year, a new, 25,000-square-foot community center will open on Main Street. It will feature a gymnasium with retractable seating, which will hold approximately 250 people; a basketball court and indoor walking track; outdoor courtyard; fitness room; multi-use dining area; 140-seat auditorium; conference center; and a senior activity room. City officials say the center will become the heart of Union City, give residents a sense of pride, improve quality of life, and strengthen and add value to Union City.

If the new community center is the actual heart of Union City, its symbolic heart is Green Manor Restaurant. Built between 1908 and 1910 as the Carmichael/Green House, Green Manor was named after Dr. A.J. Green, one of the first doctors in Union City. Green Manor is located in the city’s historical district and is currently owned and operated by Green’s grandchildren. “People come from all over to enjoy the cuisine,” Still said. The menu features Southern favorites such as fried chicken, meatloaf and turnip greens.

Anyone looking to relocate to metro Atlanta should spend some time in Union City. Check out the real estate. Visit the parks. Enjoy the local restaurants. The city’s charms may just win you over. “You can live here. You can work here. We offer a multitude of different job opportunities. And you can definitely shop and play here; we have a variety of restaurants and retail facilities. Once you’re here, you really don’t have to leave,” Still said.

A stroll through downtown Braselton is like taking a trip into the past. Historic two-story homes marked by spectacular architecture and stately white columns dot the landscape, an... read more