Your Gateway to the World

One of our area’s greatest assets is Hartsfield-Jackson Atlanta International Airport — the world’s busiest and most efficient airport and the largest employer in Georgia. On average, about 260,000 passengers fly through Atlanta each day and the airport in 2015 welcomed its 100 millonth passenger in one year, directly impacting metro Atlanta’s economy by about $32.5 billion and the state by about $68.3 billion. It was also recently named the No. 1 U.S. airport by TripAdvisor.

“Hartsfield-Jackson is a key part of what makes Atlanta the leading city in the Southeast,” says Atlanta Mayor Kasim Reed. “Our airport is a global transport and economic center that will see continued growth in the next several years as we secure new business opportunities, as well as new developments near the airport like Porsche’s new North American headquarters and on-site test track.

In addition to being the global headquarters for Delta Air Lines, Hartsfield-Jackson’s Maynard H. Jackson Jr. International Terminal, which opened in 2012, is the Southeast’s gateway to the world. The $1.4 billion, 1.2 million-square-foot terminal includes eight security checkpoints and five recheck lanes for domestic connecting passengers, exclusive retailers and restaurants — and for a small fee, passengers can seek refuge in the airport lounge. The international terminal has also been awarded gold LEED status and numerous art installations line the terminal’s hallways making it a welcoming site for visitors.

HARTSFIELD-JACKSON AT A GLANCE 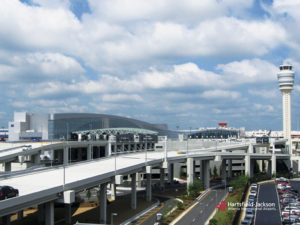 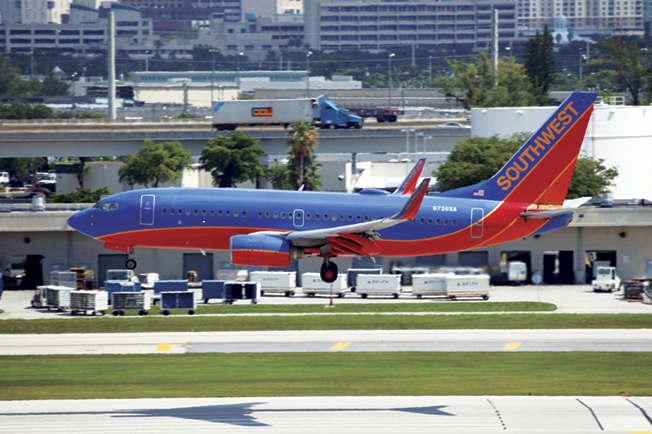