The Guide to Colleges in Metro Atlanta

With more than 50 colleges and universities—both private and public—located right here in metro Atlanta, there’s bound to be a program that matches any local resident’s desire to further their education. From one of the country’s top engineering schools to a world-renowned chiropractic program, an esteemed research institution and a highly credentialed colleges of business, there’s sure to be an institution that meets the higher educational needs you may be searching for.

Here is a glimpse at just a few of the top-ranked universities and college located throughout the area. While these centers of higher learning each offer a comprehensive educational experience and a wide range of majors and areas of studies, they are listed by their areas of specialization. 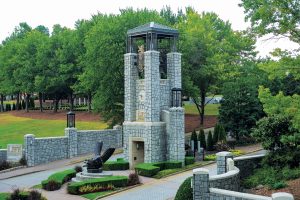 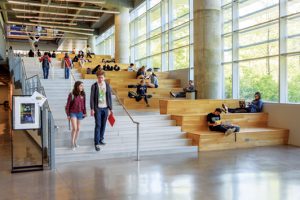 Founded in 1885, Georgia Tech’s mission is to “develop leaders who advance technology and improve the human conditions.” The school’s College of Engineering offers 50-plus degree tracks at various educational levels, and the college is consistently ranked among the top 10 schools nationally by U.S. News & World Report.

The university’s Coles College of Business Master of Business Administration program ranks 19th nationally on the Princeton Review’s “Top 50 Online MBA Programs,” in addition to being among the top two percent of business schools around the world that maintains accreditation in both business and accounting by the Association to Advance Collegiate Schools of Business (AACSB) International.

UGA’s Terry College of Business is ranked nationally among the top 15 business schools. As the first business school in the South, the university opened its Buckhead location as a convenience to residents across metro Atlanta. The 38,000-square-foot campus includes modern conference rooms, a special events space, interview suites, private breakout rooms and tiered executive classrooms.

U.S. News & World Report has ranked Reinhardt—a private institution established in 1883—among the top universities and colleges in the South. One of its most popular programs is the university’s business administration program, which introduces students to accounting, economics, finance, information systems, management and marketing. 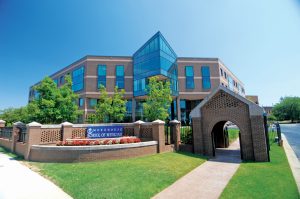 Founded in 1975, Morehouse School of Medicine is among the nation’s leading institutions of primary care physicians. It was recently recognized as a top university and college among U.S. medical schools for its social mission, which is to improve the health and well-being of individuals and communities, increase the diversity of the health professional and scientific workforce and address primary healthcare through programs in education, research and service.

Oglethorpe is ranked nationally as one of the best liberal arts colleges in the country, according to U.S. News & World Report. Its program allows students to study broadly, take classes in many different subject areas and build skills geared toward more than just one career.

Established just 16 years ago and located northeast of Downtown Atlanta, Georgia Gwinnett College is the first liberal arts college founded in the 21st Century. The school boasts small class sizes, affordable tuitions and more than 45 degree options for students, whether you’re a traditional student or returning from the workforce.

Founded in 1881 and first named the Atlanta Baptist Female Seminary, Spelman College is a historically black college and university and a global leader in educating African American women. The school is dedicated to academic excellence in liberal arts, as well as in the sciences. The college also was named among the top 20 “Best Women’s Colleges” in the nation in recent years by BestColleges.com.

Emory University prides itself on being one of the nation’s top research institutions. Students can participate in summer programs researching biomedical or biological projects at Oxford College, apply for individual grants to workshops to help pursue research interests or apply for opportunities to research and graduate with honors as seniors.

One of the University System of Georgia’s four research universities, Georgia State boasts six campuses throughout metro Atlanta and serves more than 51,000 students. It has been noted by the U.S. News & World Report as the No. 3 Most Innovative University in the country. and the No. 8 Most Ethnically Diverse University in the nation. It offers more than 250 degree programs covering 100 fields of study. 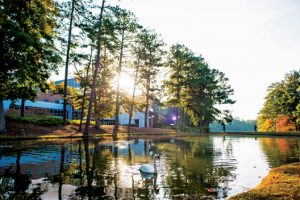 Clayton State offers a Bachelor of Arts in film production that helps prepare students for careers in the film industry. Throughout the four-year degree program, students are introduced to the entire filmmaking process, including storytelling, compositing, editing, visual effects, motion graphics and sound effects. 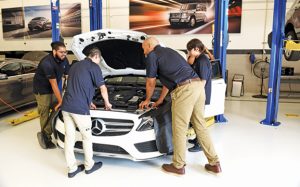 Whether you’re looking for a challenging hike, a simple day in the sun or an exotic escape, our state is a diverse place of entertainment. read more

20 Reasons to Love Atlanta and Call it Home

How do we love Atlanta? Let us count the ways. It’s actually a very challenging undertaking. That’s because Atlanta has so much to offer those of us who choose to call it ho... read more